Architectural Photography: It’s All About the Light!

In 1972 I purchased a used view camera from a friend - a 4" x 5" Kodak Masterview - in part as a favor to my friend, Don King - to lighten his load (he was moving to California), and in part because I’d been reading about Ansel Adams, and had taken a new fascination for large format photography.

It came with a wide angle lens, a 90mm Schneider Angulon - perfect for the photography of architecture, I thought. This lens preceeded the Super Angulons, and little did I know at the time that the image circle was too small for any significant lens shifts or camera movements. But that’s another story.

As I began using this camera, my expectations heightened. Now that I was shooting on large film, my images would improve substantially over those that I was getting on my 35mm Nikon FTN.

After a succession of failures, I began to realize that it’s not at all about the camera, or the lens, or the film size, but rather the quality of light. A series of images I shot some 35 years later will illustrate. Following is a 32-image time-lapse composite shot at Eliel Saarinen’s Christ Church Lutheran between the hours of 11:00 AM and 1:00 PM on November 3, 2007. 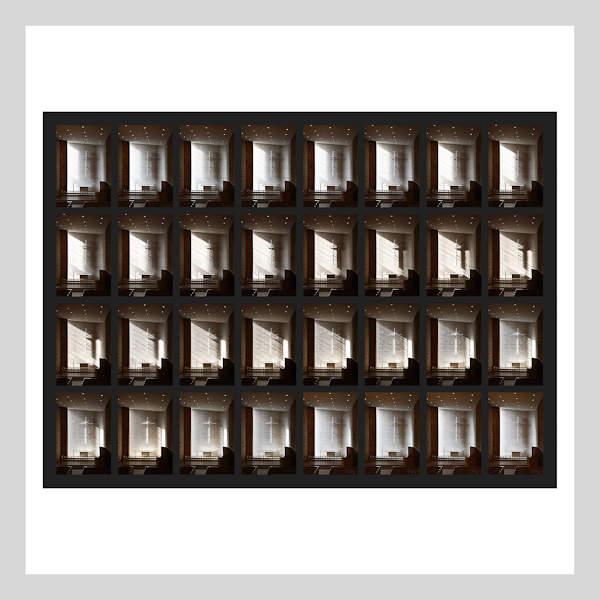 Friend and fellow photographer, Tom Dolan, and I sat in the choir loft for two hours and watched the light change continuously, tripping the shutters on our cameras every 3 to 4 minutes. We marveled at the spectacle before our eyes, remarking several times that Saarinen most certainly knew what he was achieving with the design and the quality of the light that would result.

It’s a bit difficult to tell from the composite, but the light was at it’s best about 12:15 PM, about 20 frames into the sequence. I offer the three larger images that follow to illustrate. 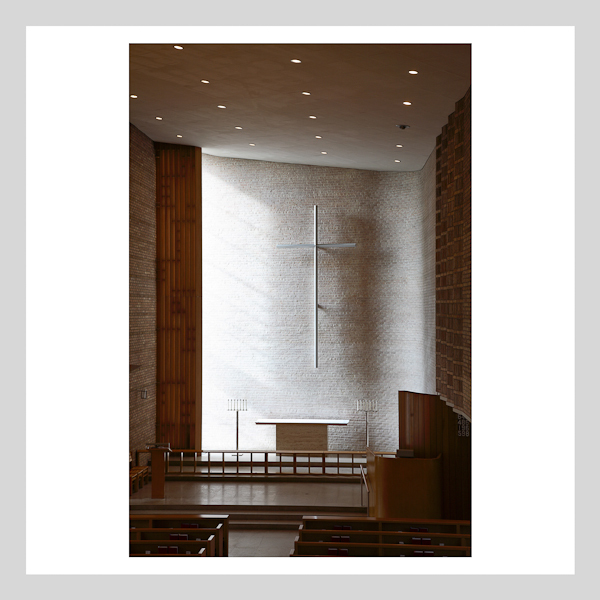 This image was shot just after 11:00 AM as the sunlight was beginning to reach into the Chancel. Overall, the light is still mostly diffuse. 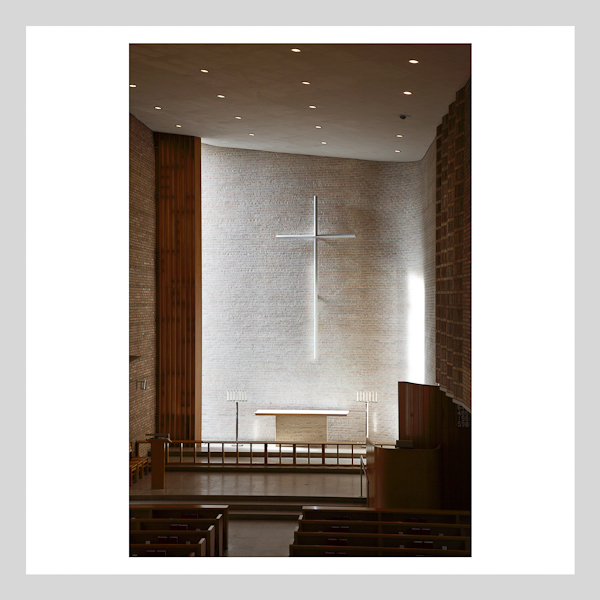 This image was shot about 12:45 PM, after the sun had moved behind the plane of the chancel back wall. The light is diffuse here, as well. 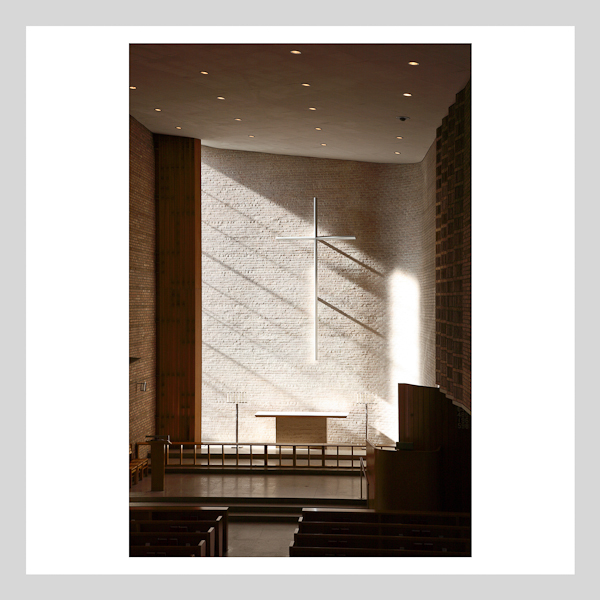 This is the 12:15 PM capture. Note that the light is raking in across the chancel wall, revealing the pattern of the window framing and cross supports. The light here is sharp and focused, speaking to the nature of the design and to the worship experience at that time of day and year.

From the photographers view, this is the decisive moment. I like to say that architectural photography is a game of “hurry up and wait” and of “wait and hurry up”. The window of opportunity most often takes time to arrive, but then it’s gone in a heartbeat.

Don’t get me wrong: diffuse lighting with its soft qualities has a definite place in the scheme of things, depending on the desired effects; however, it’s often that sharp, definitive rake lighting that we architectural photographers are seeking.