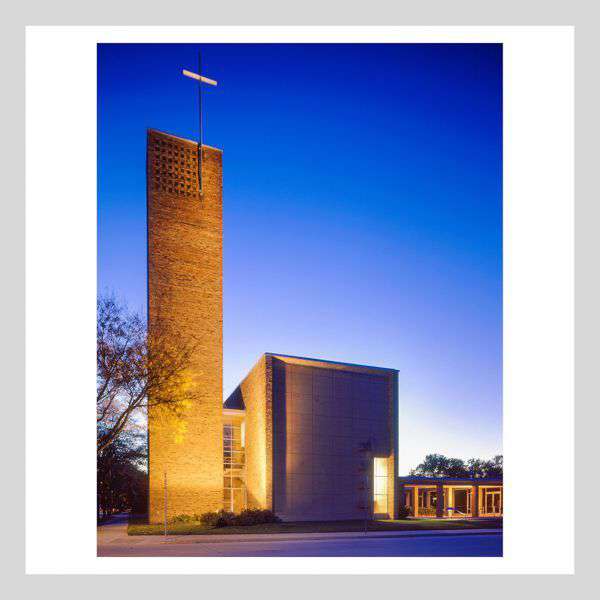 For the past 40 years I have maintained an interest in this remarkable architecture, and five years ago, I served for a term on the Board of the Friends of Christ Church Lutheran. This church is a mid-century modern jewel, designed by Finnish architect, Eliel Saarinen. The Minneapolis firm of Hills, Gilbertson, Hayes, served as the local, associated architect. 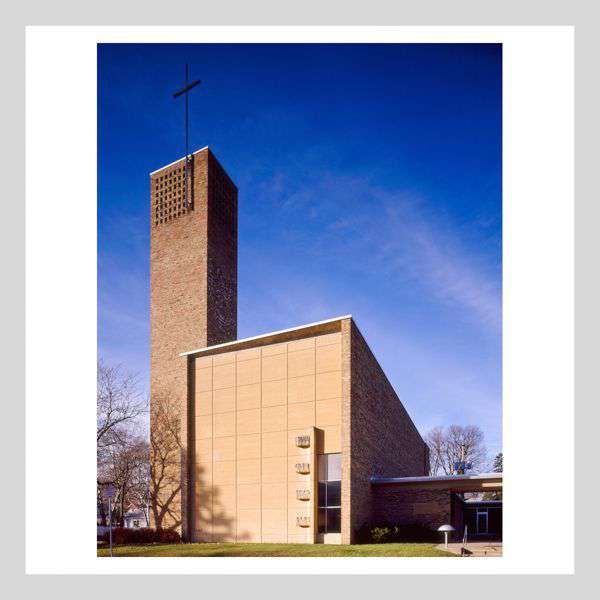 The church, completed in 1951, is located in a quiet, residential neighborhood in South Minneapolis. Thanks to the continuous care and stewardship of its Lutheran church leaders and parishioners, it remains largely unmodified and true to Saarinen’s design at sixty-six years of age. Though in my opinion a well kept local secret, this structure enjoys National Landmark status, and is listed on...

My last post was a case study about a Minneapolis Loft, and the challenges faced both on location, and in post-production. In that post, among other things, I described some of the image modifications requested by my client. Since that post, I’ve read a couple of articles on this subject, and my awareness has been heightened, as my outlook continues to evolve.

This article describes how an award submittal, which included a significantly altered architectural image, may have created unfair advantage for the award recipient. Since there was simply insufficient time for the jurors to visit each and every project submitted, the...

It’s been months since my last post with thoughts on architectural photographer Gabriele Basilico. I’ve been happily preoccupied shooting and post-processing both client work and a number of self-directed projects, some of which will likely show up in future blog posts.

This post takes a look at a Minneapolis North Loop Loft project shot in February 2015 for one of my clients, Albertsson Hansen Architecture (AHA) - < http://www.aharchitecture.com >. Following is a view through the kitchen/dining area towards the living room. 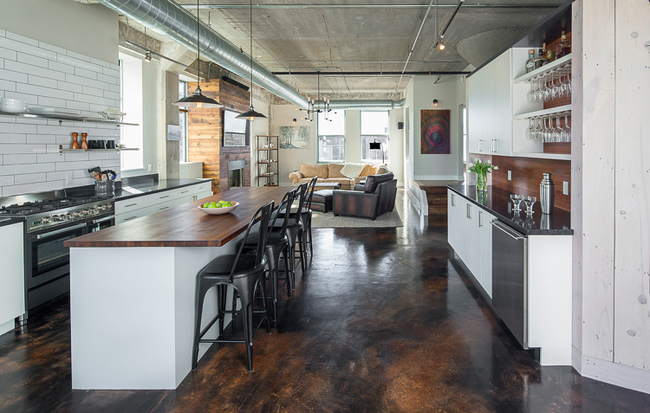 This project, like most, presented its own set of challenges - some unique, and some that are a part of virtually every interior project undertaken. The charge here was to come away with a half-dozen or so images that captured the essence of this residential loft conversion from former industrial space.

The big challenge here, as with most residential...

My previous post was all about my heroes of architectural photography: Eugene Atget, Gabriele Basilico, Robert Polidori, Ezra Stoller and Balthazar Korab.

Following is a little more - a glimpse - about Basilico. He looms large in my eyes, as do the others. 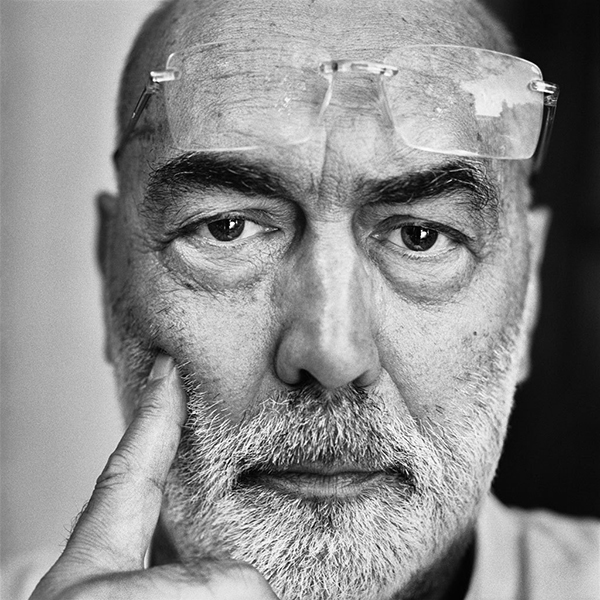 I mentioned that Basilico was very much a modern day Eugene Atget in some respects - notably in his street photography throughout many European cities. Here is an image that speaks to this notion:

Left: Street view as seen and photographed by Basilico in 1985.

View this image larger at: https://www.flickr.com/photos/peterjsieger/8504193205/in/photolist-

About his experience in 1985, Basilico said: “An old fashioned shop sign caught my eye and became the centre...

In recent posts, I have spoken of my heroes – there are five of them, in no particular order: Ezra Stoller, Balthazar Korab, Robert Polidori, Gabriele Basilico, and Eugene Atget. They all have in common the use of the large format view camera, the architectural photographer’s tool of choice for decades, dating to Atget’s time. Yet, each of these architectural photographers has distinctly different sensibilities, and I am strongly influenced by each of them. 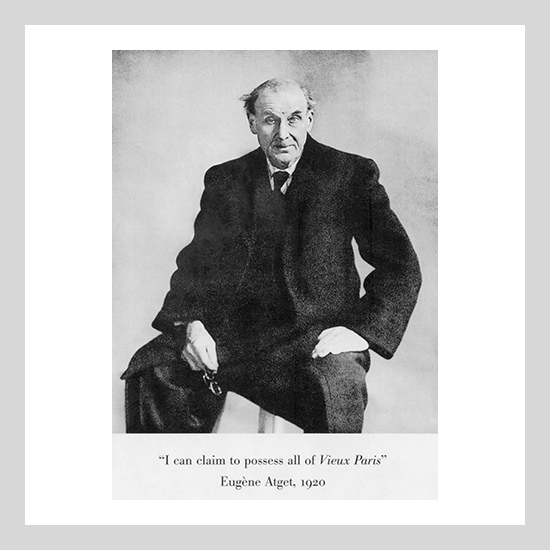 This photo was shot by photographer Berenice Abbott, shortly before Atget’s death in 1927. I couldn’t find a photo of Atget with his camera. He used a wooden view camera (nominally 8"x10" format) and exposed his images on 18x24 cm glass dry plates. He lived at 17bis Rue Campagne Premiere, Montparnasse, Paris, France, on the fifth floor of a walk-up at this address. He lugged his wooden camera and tripod, and his...

I’ve received some feedback on my recent post titled: “Architectural Photography: People or No People?” http://peterjsieger.svbtle.com/architectural-photography-people-or-no-people

Truth be told, the feedback exposes that post for what it is: a rather narrow, pointed, and thinly veiled effort to justify my predisposition to exclude, or at least minimize, the use of people in my architectural images.

1.) That architecture is fundamentally for people;

2.) That people in an image say something about how a space is used; and,

3.) That people actually create vitality in a place, which might otherwise be lifeless without them.

All of these arguments, while completely valid, take me in a direction which is opposite my now deeply ingrained sensibilities. As I mentioned in the post, I have been studying architectural photographers Balthazar...

Architectural Photography: The Up Shot

It is critically important - whether shooting with a view camera, or a DSLR with tilt-shift lenses - to precisely level the camera when shooting architectural subject matter. Given the optics of lenses, particularly wide-angle lenses, a failure to do so results in the convergence (or divergence ) of verticals in an image, which in my opinion is the hallmark of poor technique, unless done so deliberately for the right reasons.

Having studied the architectural magazines for years, it became clear to me as I...

My wife, Kathi, and I subscribe to the New York Times - not the online version, but the hard copy which is delivered to our doorstep every Sunday Morning. I frame this as “our” subscription for reasons which will become clear later in this post. You may wonder what this has to do with architectural photography - read on.

As a rule, Kathi starts with the “Sunday Styles” section of the Sunday Times, and then she moves on to the “Book Review” and other sections of the paper. I start with the front page and then gravitate to the “Sunday Review” section, which I generally read cover to cover. Often I stretch the “Sunday Review” over the course of an entire week, savoring every bit of it.

Today (Friday - late in the current week), I read an article titled: “The End of ‘Genius’”. I overlooked it at first and nearly missed it! Thankfully I was scrounging around for some reading over breakfast...

Good friend, colleague and fellow photographer, Bill Meschke, steered me on to a series of tutorials on the use of luminosity masks presented by Photographer Tony Kuyper. View these at:

Post-Processing images with luminosity masks would appear to have some real promise.

With instructions included in the tutorials, I have generated Photoshop actions for the selection of fifteen different tonal ranges in an image. These can be used for quickly placing luminosity layer masks within an image, a process that would be tedious and time consuming without the actions.

I’ve also begun to experiment with the use of luminosity masks to optimize color and tonality in image post-production. Here’s an early attempt in an image shot recently at the John Deere & Company World Headquarters. This image was shot with a 24mm...

On occasion the panorama is useful way of describing the contextual setting of a building or site, whether in an urban or natural landscape. In addition, I have found that a number of architects and designers simply like the look of an image with an elongated horizontal aspect ratio, if only in part because the aspect ratios of computer monitors, flat screen TV’s and hand held viewing devices all tend to be more or less horizontal.

There are several ways to produce an effective panorama. The simplest and most obvious is to shoot a wide horizontal view and crop down the image, removing un-necessary sky and foreground. The compromise here is the significant loss of image “real estate” - 50% to 75% in some cases - depending on the horizontality desired - resulting in relatively low resolution images.

Another much more effective way of producing panoramas is to use a camera specifically...